What if Gays Were Taught Not to Act Gay 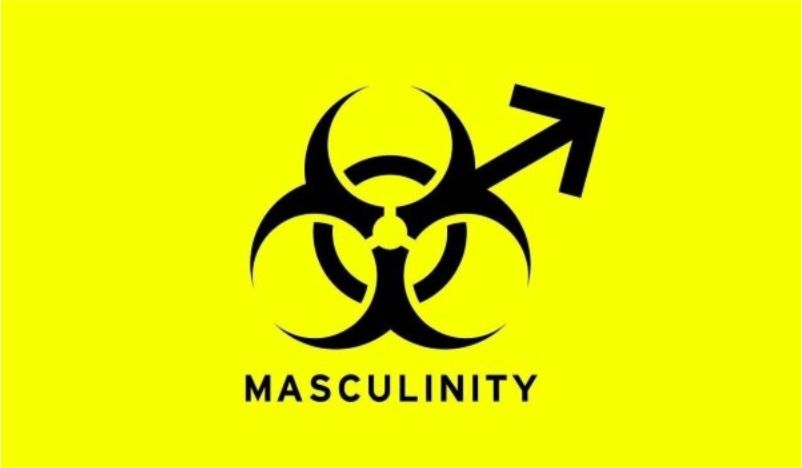 What if Gays Were Taught Not to Act Gay

Yet, universities across the country offers courses dedicated to what they regard as the biggest problem in the country: men acting as men.

A course offered at Ohio State University, “Be a Man! Masculinity’s Race and Nation,” attacks white men for their “privilege” and reviews various reasons why white heterosexual masculinity is to blame for the societal problems.

The class aims to explain how “beliefs regarding masculinity serve to justify certain kinds of violence by men against others, and violence against particular groups of men,” according the course syllabus. Further, the course is said to tackle societal expectations, pop culture, racial issues and bullying to examine how straight white males are allegedly problematic.

I won’t bother to discuss the racist implications of such claims, as I prefer to focus on the nonsensical nature of the premise at hand.

The assigned reading for the class include the text books “Masculinity as Homophobia” by Michael Kimmel. What about, “Advertising and the Construction of Violent White Masculinity” by Jackson Katz? I’m guessing this is a multi-part book that looks at other ethnic violent masculinity?

What course in toxic masculinity would be complete without a penis book, so the course offers “Looking for My Penis” by Richard Fung.

Then there is the homage to gay men, beginning with “Dude Sex: Dudes Who Have Sex with Dudes” by Jane Ward. I’m not quite sure how this book made the cut, unless the author plans to dissect dude versus dude masculinity?

The course was created and is taught by Jonathan Branfman, author of the new children’s book “You Be You!” intended for 7- to 12-year-olds that gives parents a “simple and accessible way” to introduce children to gender and sexual identity “in hopes of decreasing stigmas associated with the LGBTQ community,” the Lantern campus newspaper reports. 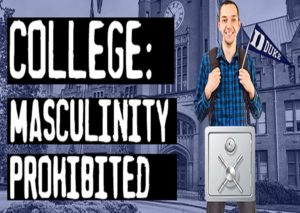 A Men’s Center at the University of Oregon is hiring two paid student directors for the 2018-19 school year to help fight so-called toxic masculinity on campus in an attempt at “ending oppression.”

“The Men’s Center…is dedicated to creating spaces and events where people of all genders and identities can work collectively toward constructing a more positive masculinity. We are committed to raising awareness about the intersection of men’s health and social justice issues and exploring ways for men to play a more active role in ending oppression.”

If you think the social justice agenda isn’t thriving, consider a few examples where toxic masculinity is being taught.

Vanderbilt University hosts “Healthy Masculinities Week,” led in part by Jackson Katz, the first man to minor in women studies at the University of Massachusetts Amherst.

Duke University, famous for its science and engineering programs, offers a course designed for male students to examine “violent masculinity” and become acclimated with “healthier masculinity” by discussing gender fluidity.

The Counseling and Mental Health Center at the University of Texas at Austin recently launched a new program to help male students “take control over their gender identity and develop a healthy sense of masculinity.”