UVA receives an award for increasing its diversity, but not sure why 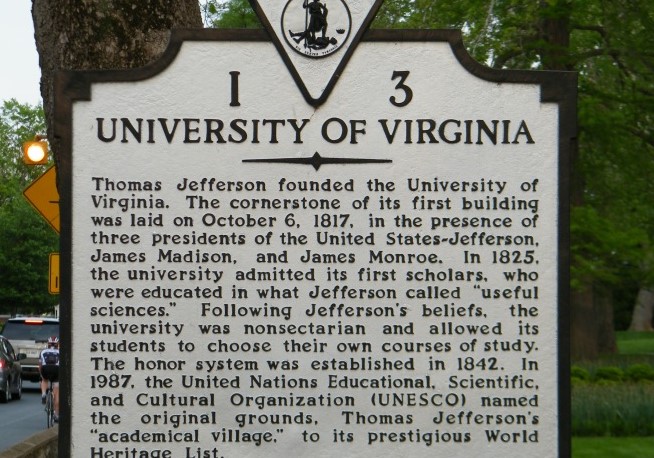 SEE has recently learned that the University of Virginia received recognition from an advocacy group for its diversity efforts. The problem is that UVA has no idea why they received the award.

The University of Virginia posted a celebratory release on its website commending its engineering department for earning “national recognition for diversity focus” from the American Society for Engineering Education’s Diversity Recognition Program. Apparently, the award is given to schools that “have an established infrastructure… to support diverse populations including, “first Generation, Women, Underrepresented Minorities, Lesbian, Bisexual, Gay, Transgender and Queer…and Persons with Disabilities.”

I’m not sure what this social justice experiment has to do with engineering, however UVA certainly pushes it.

When the school was questioned by the College Fix, a partner with SEE about how they won the award, they were evasive about what measures it had actually implemented that led to it winning the award. In truth, the university has no idea.

In addition, the College Fix asked the School of Engineering spokeswoman Elizabeth Mather about this award. She pointed The Fix to the ASEE’s Diversity Recognition Program webpage. That page outlines four broad criteria which must be met to win the Bronze Award.

“A university must “develop a Diversity Plan,” “commit to at least one K-12 or community college pipeline activity with explicit targeted goals… aimed at increasing the diversity” of the campus, promise to develop “strong partnerships” with “schools serving diverse populations,” and make “proactive strategies to increase the representation of diverse groups” in the school’s faculty.”

Further, when the Fix asked ASEE which criteria, if any of them, were met for the university to win a diversity award, they quickly point them back to the communications team of the university of Virginia.

In short, no one knows why the University of Virginia won an award for its commitment to “diversity.”

And UVA has no measuring stick for diversity or any reasonable explanation as to why a “diversity” program is needed in engineering. Unless the school intentionally doesn’t allow any of the “oppressed” groups in their engineering school, why is it necessary to attract such “diversity”?

SEE is determined to target UVA for answers, as we have additional questions for UVA.

For example, SEE would like to know what does a person’s sexuality have to do with a degree in Engineering?!

Stay tuned for the answers…..