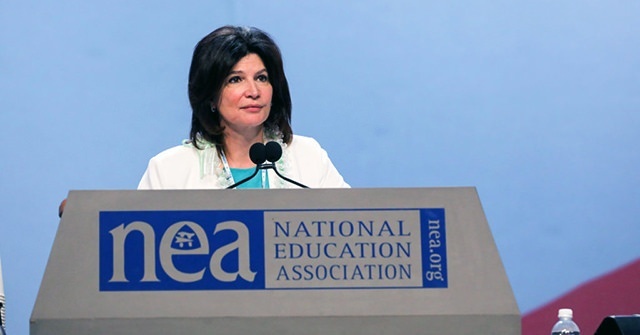 Check out what the nation’s largest Teacher’s Association, the National Education Association has adopted as their priorities for kids and America’s schools.

During their recent 2019 assembly where they decided what their goals in the future looks like for America’s education, an action requested to put “renewed emphasis on quality education”.
The action read:

“The National Education Association will re-dedicate itself to the pursuit of increased student learning in every public school in America by putting a renewed emphasis on quality education. NEA will make student learning the priority of the Association. NEA will not waiver in its commitment to student learning by adopting the following lens through which we will assess every NEA program and initiative: How does the proposed action promote the development of students as lifelong reflective learners?”

Outcome? DEFEATED.
Yes, that’s right, the NEA decided NOT to renew the commitment to student learning.

And why should they, when they haven’t lived up to the commitment anyway.

But guess what they ADOPTED as priorities instead?

NEA will immediately call on the Trump administration, U.S. Senate, the House of Representatives, and the courts, for the immediate end to the detention and criminalization of immigrant children and their families; including an end to ICE raids, which inflicts chaos, fear, and instability on entire communities. Specifically and immediately, NEA will call on the U.S. government to address the human rights violations for which it is responsible in detention centers across the country…ADOPTED
Using existing resources, NEA will incorporate the concept of “White Fragility” into NEA trainings/staff development, literature, and other existing communications on social, gender, LGBTQIA, and racial justice whenever and wherever context and expense allows. ADOPTED
NEA will promote the Black Lives Matter Week of Action in schools during Black History Month in 2020. Beginning in the fall of 2019, using existing communications resources, NEA will specifically call for clear efforts to demonstrate support for the four demands of the BLM Week of Action in schools:

Go here to read the rest of the lunacy adopted by America’s preeminent education union.

From the dues of the hundreds of thousands of teachers. They fleece their massive membership, supposedly for the benefit of the membership. Certainly not for students.

Some people question SEE’s ability to “disrupt” the NEA and academia After all, our endowment is minuscule in comparison to that of the mighty NEA.

But they have gone unchallenged…UNTIL NOW!

SEE refuses to believe that an organization like the NEA can’t be defeated. The organization cares nothing about students, and acts like a terror group. It’s time America sees the NEA for what it really is.

Understand this is a long-range plan, but NO SINGLE group will be more disruptive to academia than SEE. And our ability to work with all groups will ultimately make our goals achievable in a much shorter timeframe.