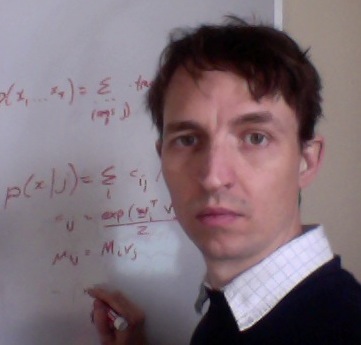 The social justice agenda actually got a professor doing his job fired.

Professor Daniel Povey of John Hopkins University needed to get to his research. Unfortunately for him, students commandeered Garland Hall, Johns Hopkins’ main administrative building. They occupied the building for a month, holding a sit-in for social justice nonsense related to immigration. Needless to say, politics of this nature have no place in our universities, and Johns Hopkins should have squashed the rebellion from the beginning.

The university’s lack of leadership ultimately cost Dr. Povey his job. Because the building housed servers containing the research of several people, including Povey, he needed to get to his research.

The dust-up occurred in May between Povey and students protesting the school’s relationship with U.S. Immigration and Customs Enforcement (ICE) and a state legislature bill that enabled Johns Hopkins to create an armed police force on campus.

On May 1, the protesting students “locked down the building, chained the doors shut, covered the windows and forced the administration building to close during the final week of the university’s spring semester,” The Sun reported.

First, he needed access to his research. And second, he didn’t want to risk the potential for vandals to destroy his work.

Thus, Povey cut the chains the students used to lock themselves into the building. It was this action that got Povey fired.

We live in a country where a man attempting to do his job must take a back seat to the social justice warriors fighting for illegals.

I’m not sure of the majors of the students involved. I’m sure many are medicine, given Johns Hopkins reputation with doctors. But whatever their degrees, you can get they have nothing to do with illegal immigration.

In his termination letter which Povey posted online, Johns Hopkins officials told him he had been “clearly and repeatedly instructed” not to enter Garland Hall because it was closed.

“You acted in deliberate defiance of the administrations directives,” wrote faculty vice dean Andrew Douglas in the letter. “You have flagrantly and unapologetically violated JHU directives and your actions have endangered the University community. Further, you stated you feel no remorse or regret for your actions.”

At least one of the university’s directives should involve allowing its faculty to do their job. Moreover, I’d like to know what punishment Johns Hopkins gave to the students.

Next, why should Povey feel remorse. For disrupting an illegal gathering that prevented him from doing his job?