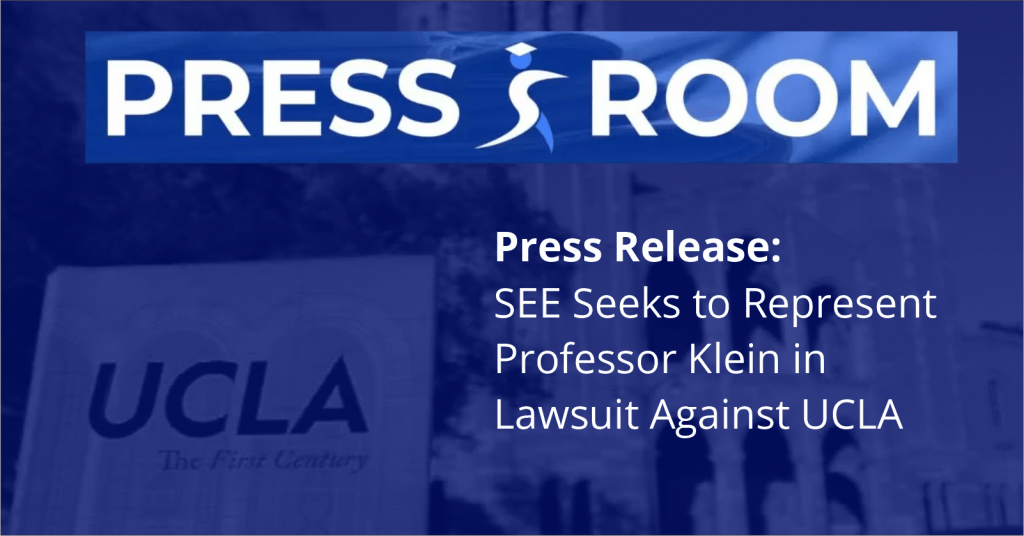 [Gilbert, AZ] Recently, UCLA suspended Accounting Professor Gordon Klein because he would not move finals for black students at the university due to the death of George Floyd. The university referred to Klein’s actions as “troubling.”

According to Klein and common sense, he followed university policy, and in fact acted per a memo he received from his boss.

SEE has reached out to the professor and offered to help in his representation should he decide to sue UCLA.

Executive Director of SEE, Kevin Jackson commented, “How racist and insensitive must UCLA be to offer black students a reprieve over the death of George Floyd. No such actions are done when the thousands of blacks killed by other blacks. To allow a lax environment due to a black man dying sends the wrong message.

SEE is a sponsored 501©3 organization that unites parents, students, and teachers to end the social justice agenda in schools. SEE wants academia to return to meritocracy, and abandon the racism, sexism and other “isms” of low expectations. SEE believes a genius exists in every child and the goal of academia should be to help each student discover and nurture his or her genius.