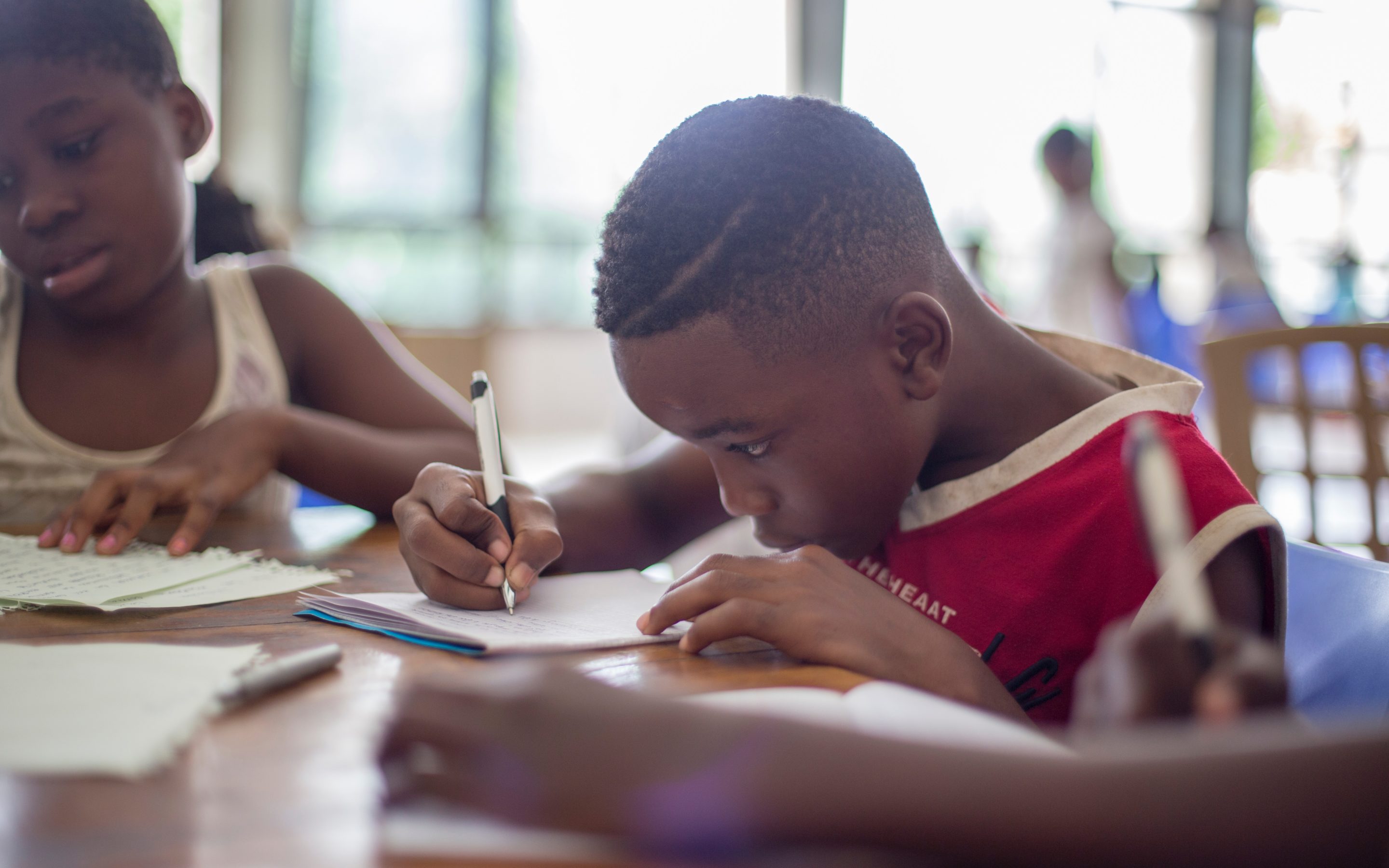 There is much discussion these days around college entrance tests. Before we get into that specific area of testing, let’s understand testing holistically.

We test for many things, but mostly for competence in various areas. Lawyers take the Bar Exam. Accountants take the CPA exam. Financial planners take a series of tests, like the CFP. Most professional occupations require some sort of continuing education which requires testing. Put simply, testing is a way of life.

Testing shows us the gaps in our knowledge. This is very true for students. Students from different backgrounds need to know how they compare relative knowledge. Nevertheless, academia now wants to reevaluate ACT and SAT testing.

The COVID lockdown has forced the cancelation of most SAT and ACT test dates in the spring and summer of 2020 when most juniors take these tests so they can have score when applications open up in August. Early Action and Early Decision deadlines start as early as October 15 for University of North Carolina Chapel Hill with the majority of other colleges starting November 1. The University of California System is unique in that applications are accepted only in the November 1-30 window. Cal State system has an October 1-November 30 window.

Like many deadlines affected by COVID, these are likely to be extended.

Because students have not had the opportunity to test, colleges are changing their requirements for testing so it will reduce the impact on number of applicants and pressure on application deadlines.

In a world without COVID, students would have been able to test in the spring, and have final shots at the ACT in September and October, and the SAT in October and November for Early Action or apply to University of California schools. ACT and SAT have scheduled additional test dates and are preparing for online and at-home testing options.

Contrary to the emerging popular belief, this is not a wholesale rejection of the legitimacy or utility of the SAT and ACT in admissions. If students could have taken these tests on the scheduled test dates, this would not be an issue.

Jargon of Colleges and Testing:

Test Optional: SAT and ACT test scores are not required for admission. Applicants have the option of submitting or not submitting their scores. Some colleges may state they “recommend” but not “require” test scores. Many colleges are “Test Optional” if you meet certain GPA or class rank requirements; otherwise, it is not “Test Optional.”

The college doesn’t even look at your scores. From a “Test Blind” college:

“Unlike ‘test-optional’ institutions, we will not consider SAT/ACT scores regardless of the score. Even if it’s a perfect score, it will not weigh into our assessment of an applicant.” ~ Hampshire College, Amherst, MA.

Class Rank/GPA Substitution: Admission is based on meeting the minimum requirements for class rank or GPA. Typically students ranked in the top 10% or who have at least a 3.50 unweighted GPA are admitted automatically. University of Texas at Austin, Texas A&M, and Washington State are among hundreds of colleges that have this policy. Students who do not qualify with class rank or GPA will need to submit test scores for consideration.

NOTE: California State Universities have used this criterion for decades – so this is NOT NEW! Applicants with a 3.0 or higher are automatically admitted. Though the CSU “Test Optional” policy has been mentioned in recent news articles, the policy itself is not new and was not implemented as a result of COVID. However, on April 17, 2020, CSU adjusted its threshold for admission down to a 2.5 GPA for automatic admissions, so the lower admission standard is COVID related.

Colleges that use this system usually have a scale using class rank, GPA, and test scores if students do not qualify for admissions without testing. Here are some examples:

Portland State (OR) is “Test Optional” if you meet the 3.0 GPA criteria. Test scores are considered added value in the admissions decision.

Midwestern State (TX) provides automatic admission based on class rank (top 25%) and requires testing for those with lower class rank scaled based on rank.

Texas A&M automatically admits the top 10% of the class. Those not in the top 10% have to submit scores.

“Test Optional” is Not New!

In an article published by Prep Scholar in August 2019, there have been over 900 “Test Optional” and “Test Flexible” colleges long before COVID, so this is not a new thing. As addressed before, “Test Optional” is usually applied to those students who already qualify for admissions with very high GPAs and class rank, so they don’t need to take the tests. Those who have lower GPAs and/or class rank are required to test to mitigate lower grades or class rank. The University of Chicago and Wake Forest have been mentioned in several recent articles on “Test Optional,” yet their polices are several years old – not as fresh as the University of California System’s decision.

University of Chicago: “While the University of Chicago is test-optional, the school will consider SAT and ACT scores as part of its admissions process, according to the college’s website.” Chicago went “Test Optional” two years ago, so its decision was not a result of COVID-19. Although it was optional, 90% of students still submitted scores.

Wake Forest: Old News – “In May of 2008, Wake Forest announced that it would no longer require applicants to submit scores in standardized tests such as the SAT or the ACT. The policy went into effect with the class that entered in the fall of 2009…”

The University of California System announced it would “phase out the SAT and ACT as requirements…” The media makes this look like a wholesale ditching of college testing, but it is not. Last count, there are 42 colleges (plus 10 UC colleges) adopting “Test Optional” for the 2021 high school class. 1,200 colleges already had “Test Optional” policies in effect.

California State University System announced that applicants won’t have to submit scores for admission fall 2021 and the two following terms. However, this is not really new – as addressed earlier – where they simply lowered the standards for automatic admissions.

The irony is that the University of California faculty task force recommended that:

“The University of California should continue to require that applicants for undergraduate admission take standardized college admissions tests like the SAT and ACT, a much-anticipated faculty task force report has recommended.” This report addressed several critical issues:

“The UC faculty study released Monday [February 3, 2020] says that standardized exams remain good predictors of students’ success at UC at a time when grade inflation in high schools makes it harder to choose potential university freshmen. In fact, the report insists that test results actually help identify many talented Latino, black and low-income students who otherwise might be rejected because their high school grades alone were not high enough.”

“… The report says that test scores were better predictors of UC grades and graduation for underrepresented groups than for majority groups. And it raised the possibility that “student diversity could actually decline” without test scores in a state that already produces tens of thousands of high school graduates each year with GPAs exceeding 4.0, bolstered by honors credits and Advanced Placement courses. Grade inflation is most pronounced at wealthy high schools, it notes.”

“If exams are de-emphasized, grade inflation will ensue, ‘particularly in wealthy districts and private schools where college counselors are provided, custom learning resources are offered, and assertive parents are willing to negotiate with teachers,’ Marten Roorda, the head of the ACT, wrote in a letter to the University of California system.”

One area that has not been addressed is the impact on Merit scholarships. Almost all Academic Merit scholarships require a higher SAT/ACT score as a metric for the size of the award. I don’t see this going away.

For most colleges, this will be a temporary situation. Test requirements will likely resume once students have access to testing and online testing get worked out.