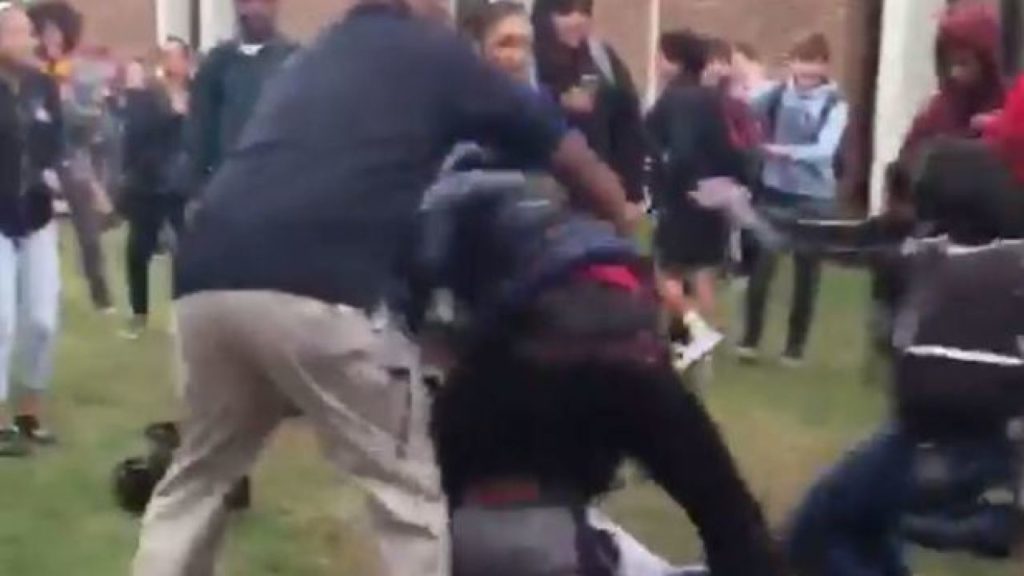 California doesn’t disappoint when it comes to crazy ideas in education or anything else for that matter.

Along with their recent decision to not require citizens to help the police apprehend criminals, California now does its part to create more criminals.

A California bill that passed the state Senate and Assembly last month would prohibit schools from suspending students from school solely for the reason of “willful defiance,” according to the Sacramento Bee.

The bill, SB 419, is a part of an effort in the state to reduce suspensions overall, and the next proposed step in that effort is to prevent public and charter schools from suspending students through eighth grade for disruptive behavior. Such suspensions are already banned for students in kindergarten through third grade.

What next? Sanctioned “shanking” on the playground?

And Leftists wonder why blacks call the education system in America the “pipeline to prison”?

As you ponder this decision from the state of California, remember that if you’re a miscreant, California will pay you to stop being a miscreant.

So why wouldn’t a kid act up in school? You can’t get kicked out. And in the end, the taxpayers of CA will give you money for a vacation to blow off a bit of steam.

Add to this the best welfare system in the country and certainly you can see why Leftists so love the land of fruits, nuts, and fairies.

Where does the lunacy end?

Stop asking such a stupid question when it comes to CA. Because the lunacy never ends in that state. Thus, if you believed the election of Jerry Brown showcased crazy at its finest, I have a phrase for you: “Hold my beer!”

Brown’s replacement, Governor Gavin Newsom takes crazy to levels unseen by humankind. One can only believe this man is a deranged Dr. Evil. With his short tenure, Newsom has destroy any hopes of sanity in his state, and he’s just getting started.

This new edict by Newsom is racist. Newsom knows that most of the behavior problems in education are from minority students. These problems exist because far too many of these kids don’t have parental supervision. By letting these students disrupt in schools, California penalizes the other students. Thus, the vicious cycle of minority schools and students suffering continues.

SEE’s Purple for Parents team wants to end this. And we believe we have the formula. So be sure to join our cause in order to get sanity back in the education system of California.